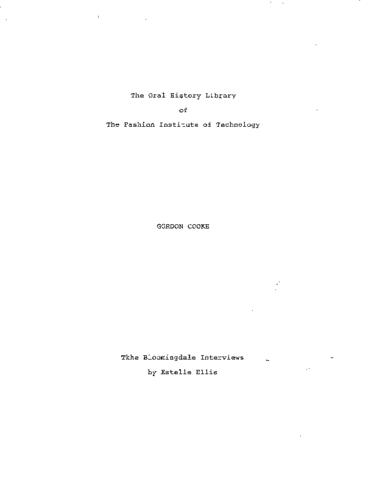 Gordon Cooke was the Executive Vice President for Sales Promotion at Bloomingdale's throughout the 1980s, eventually leaving Bloomingdale's to work for Time Warner in 1992. While at Bloomingdale's, Cooke worked under Marvin S. Traub, who was in his final decade as the chief executive at the department store.

The tape has deteriorated and requires full volume for voices to be audible.