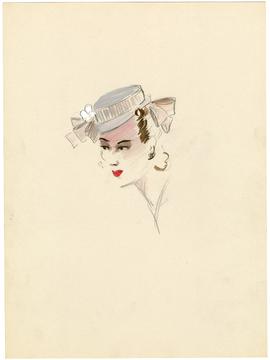 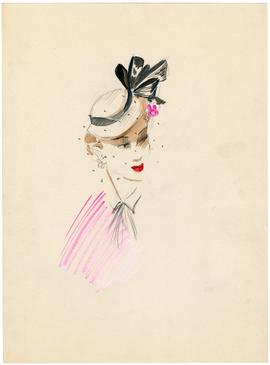 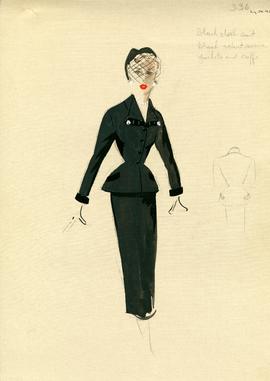 This collection was part of the donation to SPARC from The Metropolitan Museum of Art/Costume Institute in 2011. Officially recognized by deed of gift 2013.

This collection is comprised of fashion sketches made for Hattie Carnegie, Inc. from 1940 - 1955. This collection contains millinery (hats) for which some designs can be attributed to Esther A. Kleeper in 1945. The remainder of the collection is ready-to-wear dresses and suits, along with evening wear, mostly ballgowns, that were adapted from French couturiers for the American woman. The sketches have been divided into millinery, ready-to-wear, and evening wear. Many of the sketches are not dated, but based upon a survey of the collection and dates of similar physical garments made by Hattie Carnegie, Inc. it is assumed that the sketches are from the aforementioned dates.

The Library of the Fashion Institute of Technology, Department of Special Collections and FIT Archives, 27th St. at 7th Ave., NY, NY , USA, 10001