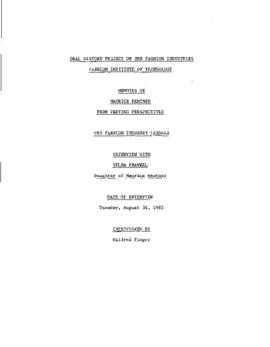 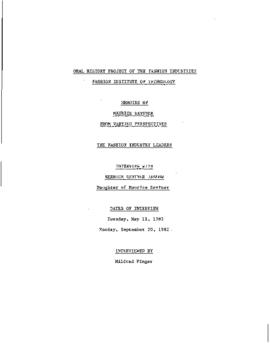 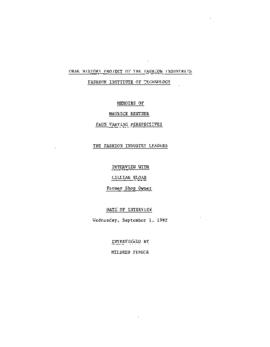 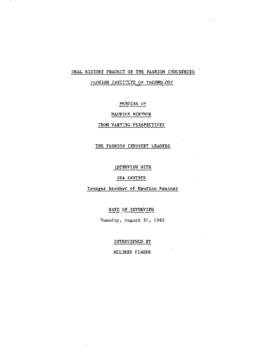 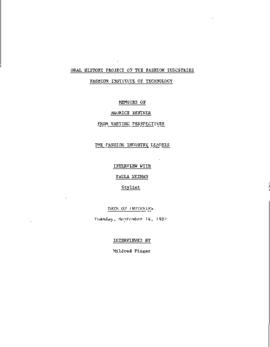 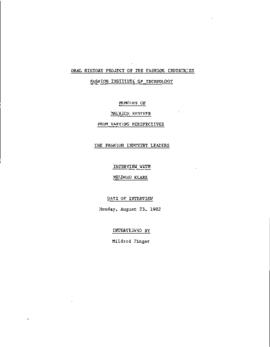 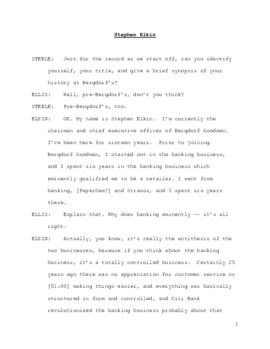 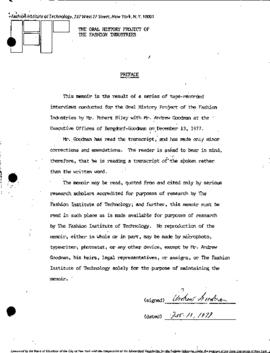 Norman Goodman interview, son of one of the original founders of the Fashion Institute of Technology (New York, N.Y.), Abe Goodman, 1985 February 8