This series consists of 14 oral history interviews, which discuss the history of Bloomingdale's, President Marvin Traub, as well as the store's current status and future plans. Interviews were conducted between November, 1986 and January 1987 by Estelle Ellis. 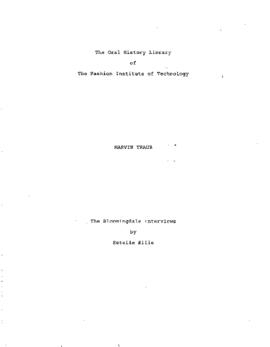