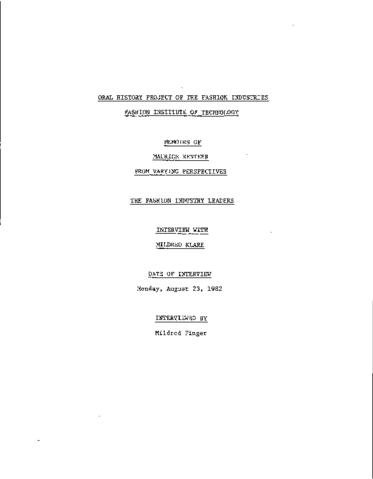 Mildred Klare is a buyer who worked with Maurice Rentner