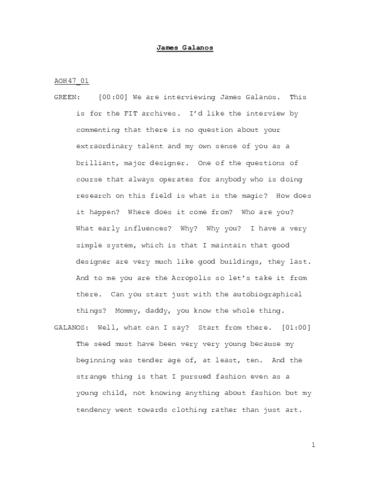 "Robert Lamont Green, a men's fashion editor, consultant and lecturer who was the fashion director of Playboy magazine for more than 20 years, has died at age 79. ... Mr. Green was a familiar figure in the New York fashion world of the 1960s and '70s. Called Robert L. by his friends and associates, he was widely known for his wit, his skills as a raconteur and his many parties. At Playboy, from 1958 to 1975, he strengthened the magazine's fashion coverage and increased its presence in the fashion world by organizing special events and founding the Caswell-Massey Awards, which later became Playboy's Creative Men's Wear Awards. ... He occasionally appeared on "The Merv Griffin Show," "The Mike Douglas Show," "Tonight" show and "Today" show. He also wrote a book, "Live With Style," as well as articles for Architectural Digest and other publications. In 1983, he moved to Los Angeles and became a fashion consultant to the TV and film industries. After graduating from Michigan State University, Mr. Green worked as a child psychologist until he served in the Army during World War II. Settling in Washington after his discharge, he started a public relations agency and became the host of a CBS radio program dealing with musical theater." Chicago Tribune, Obituary, 1997

Robert Green made a considerable contribution to the Oral History Program at the Fashion Institute of Technology's Gladys Marcus Library throughout the late 1970s and early 1980s."

James Galanos was an American fashion designer whose clientele consisted of famous individuals. After studying at Traphagen School of Fashion, Galanos worked as an assistant to designer Hattie Carnegie, and interned in Paris for couturier Robert Piguet. He then relocated to Los Angeles, where he worked as a sketcher for Jean Louis, a costume designer at Columbia Pictures. Galanos started his company Galanos Originals in 1950, and designed formalwear for clients including Marilyn Monroe, Grace Kelly, and Jacquline Kennedy. Galanos designed Grace Kelly's wedding dress for her wedding to Rainier III, prince of Monaco in 1956, and most famously created dresses for Nancy Reagan.