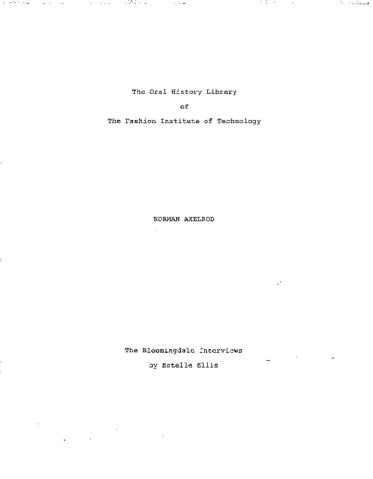 Norman Axelrod had been at Bloomingdale's for eleven years, and was the Senior Vice President and General Merchandise Manager at the time of this interview. Axelrod started in the summer of 1976 as a retail trainee and continued to work at Bloomingdale's into 1987, at which point he became the president and CEO of Linens 'n Things in 1988.

This interview is available online in the following locations: