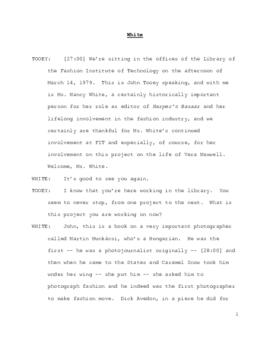 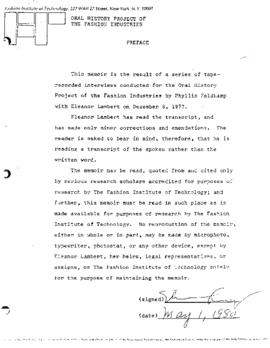 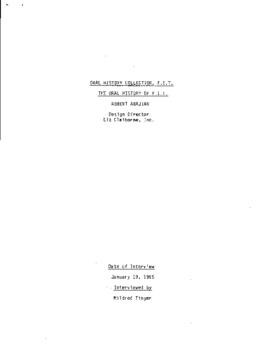 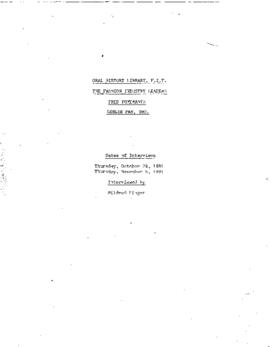 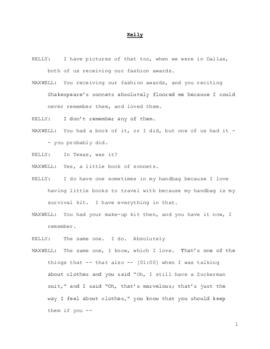 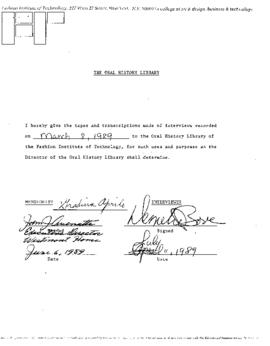 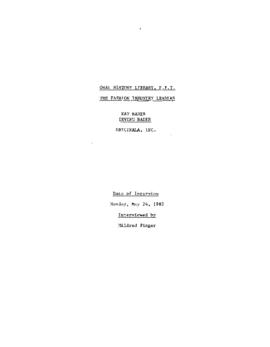 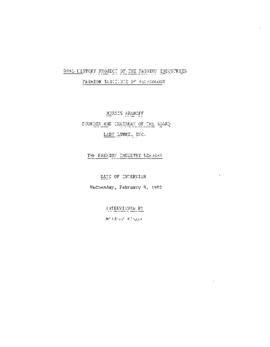 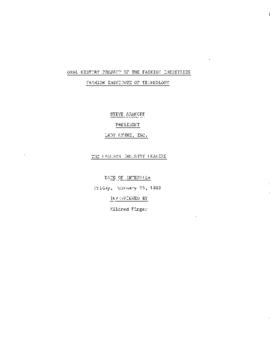 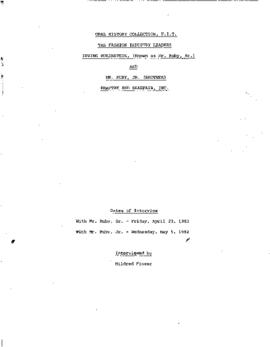 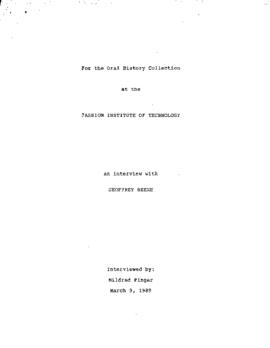 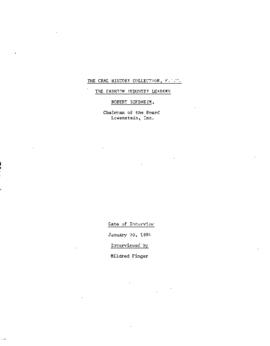 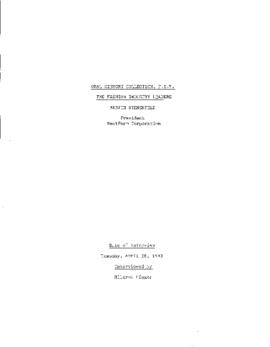 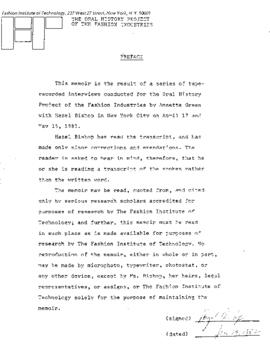 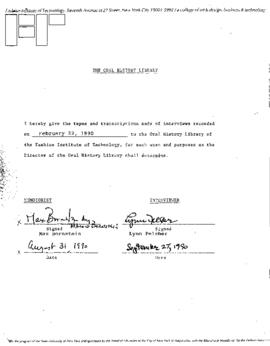 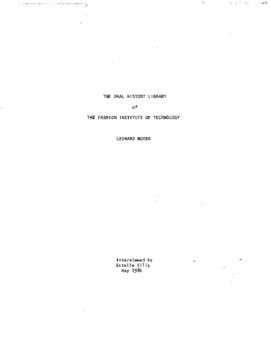 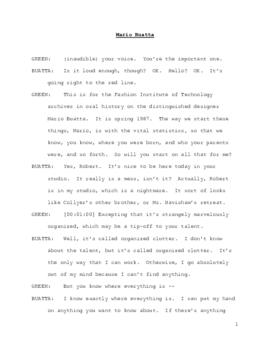 The Oral History Project of the Fashion Industries began informally in the late 1970s, and was officially funded by a grant from the Educational Foundation for the Fashion Industries beginning in 1981. The project was guided by an industry advisory committee chaired by Mrs. William Randolph Hearst, Jr., and was largely guided by then director of the Gladys Marcus Library at FIT, John Touhey.