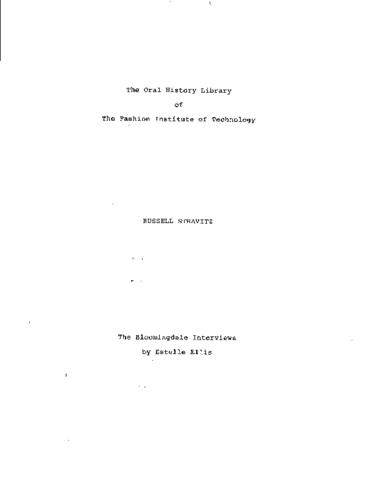 Russell Stravitz joined Bloomingdale's in 1969 and had been working on and off at the company for 18 years as of 1986. For the previous 5 years, Stravitz had been reporting directly to Bloomingdale's CEO, Marvin S. Traub as the Executive VP of Bloomingdale's stores and the General Merchandising Manager of Ready-to-Wear and Fashion Accessories. Stravitz continued working at Bloomingdale's until 1980, before leaving to become the President of Rich's/ Goldsmith's Department Store.